Today we are excited to announce the release of Central Control Version 3, an 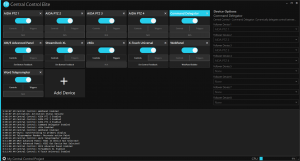 exciting update to Central Control that no video professional will want to be without. Central Control 3 includes many new features, device modules and usability improvements that will be appreciated by existing Central Control users and new users alike.

The main window interface has been redesigned from the ground up. All devices in a project are now shown in a grid layout. It’s now possibly to see at a glance which devices are either on or off. The control and 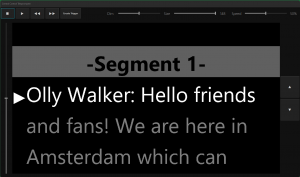 Support is included for PTZ control using either VISCA protocol or NDI. As well as included modules for AIDA and PTZ Optics, there is a generic VISCA module to allow control of nearly any IP Visca compatible camera.  Optionally, it’s possible to select an NDI source to use for grabbing snapshots for presets, which can then be shown on Stream Deck buttons for easy recall of all your camera presets!

The command delegator is the evolution of Central Control 2’s Command Splitter. Command Delegator allows for selection of up to 8 devices of the same type, which can then easily be controlled from a single set of controls without the need for time consuming mapping with layers. Device selection in the delegator is possible using both solo and toggle, allowing for dynamic control. The obvious application for this is controlling multiple PTZ cameras, but equally it can be used to control multiple vMix systems, HyperDecks or any other device in Central Control.

The Central Control WebPanel lets users create a custom web UI, adding widgets for buttons and faders that can then be mapped to any command in Central 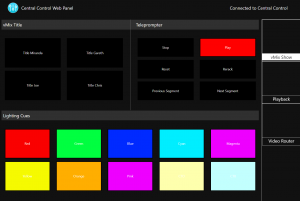 Control. The WebPanel supports multiple views that have their own set of widgets. By specific a parameter in the link, a user can be locked to a certain view in the WebPanel to restrict access to functionality. WebPanel allows for a fast and easy remote control solution from any browser, tablet or phone.

Command Delegator Xbox 360 Controller Emulator (Use any controller in Central Control in your favourite games!)

Olly can now remove the modulator