Add, configure and remove devices in your project. Projects can be quickly saved and recalled for later use. Intuitive modern UI with high DPI support throughout. The application is also 64 Bit top to bottom. 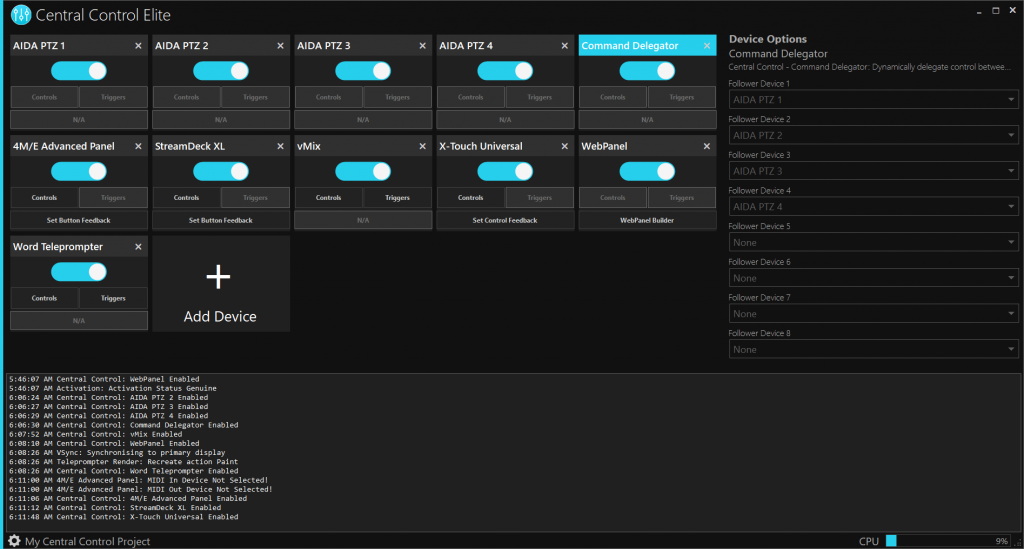 Rundown Clock allows users to create their show rundown in familiar spreadsheet tools such as Excel and Google Sheets, then access it in the Rundown interface. The Rundown interface gives directors and producers critical information such as the duration of each event and the time since or until an event. In addition to this, the GPU rendered production clocks display the time of day, time until the next event, and the elapsed time since the current event started. Rundown Clock can be paired with Central Control’s Triggers system, allowing for automation of a show based on the rundown. 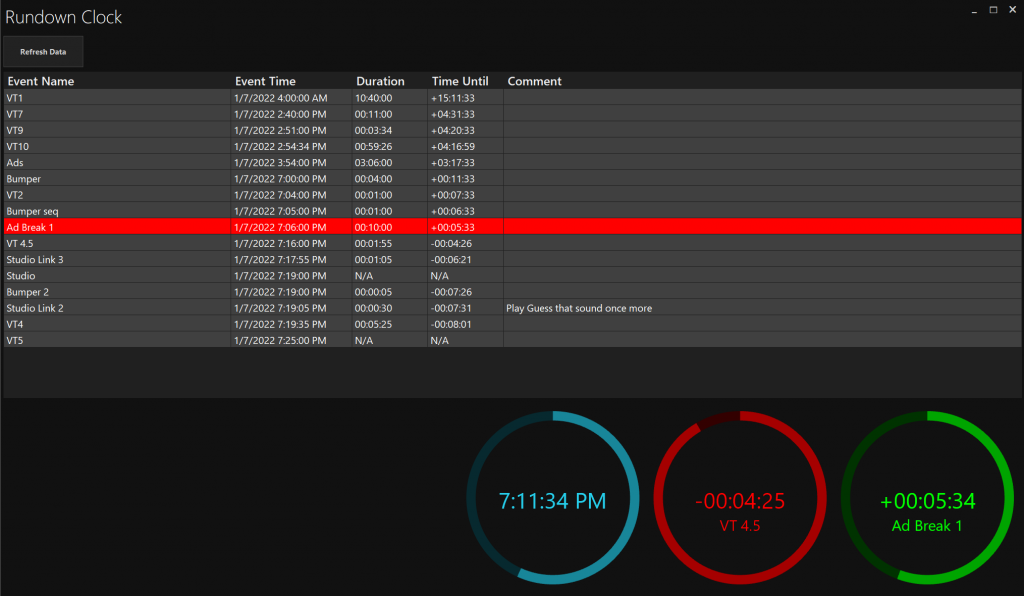 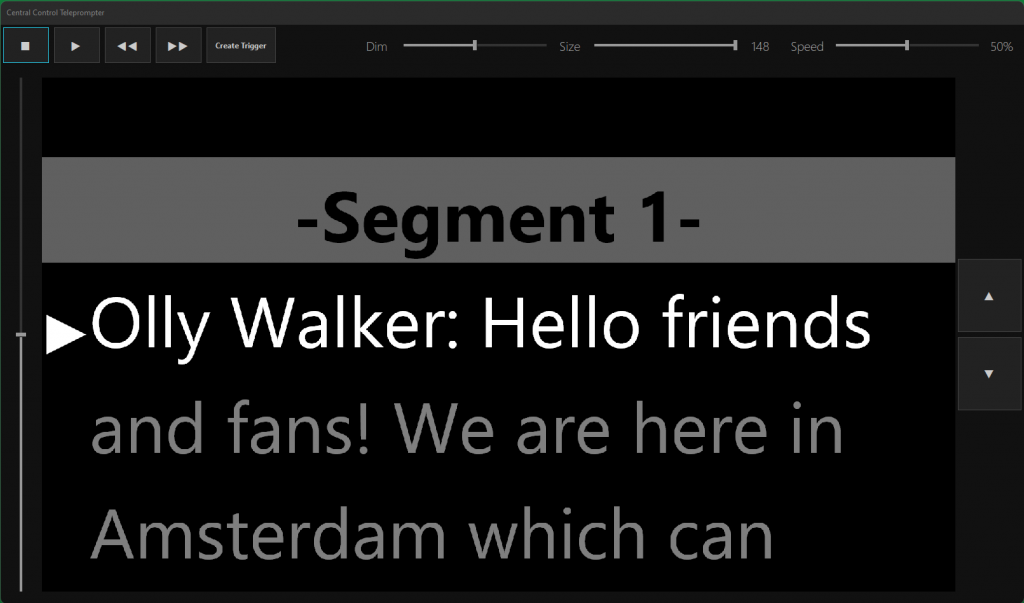 The Central Control WebPanel lets users create a custom web UI, adding widgets for buttons and faders that can then be mapped to any command in Central Control. The WebPanel supports multiple views that have their own set of widgets. By specific a parameter in the link, a user can be locked to a certain view in the WebPanel to restrict access to functionality. WebPanel allows for a fast and easy remote control solution from any browser, tablet or phone. 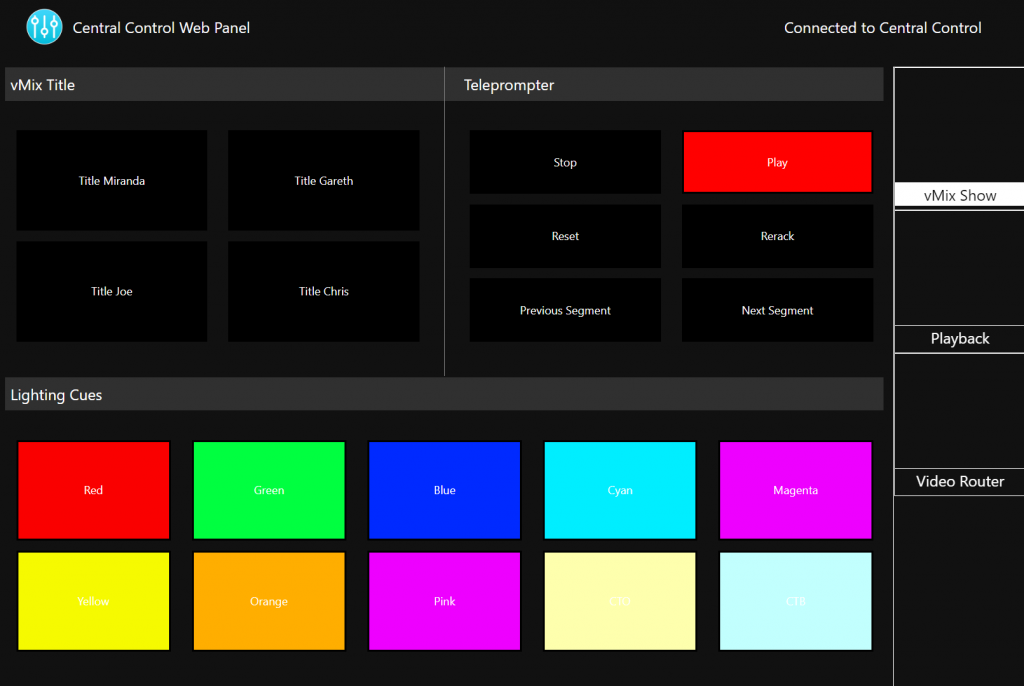 NDI Output can be used to send the production clocks out as an NDI source ideal for use in multiviewers. All three of the production clocks are available, as well as Dual Clock view showing both the countdown clock and the elapsed time clock in a single video stream. NDI output can also be used to send valuable information such as time remaining displays for video playback on systems such as vMix and NewTek TriCaster. These are rendered with alpha channel making them ideal for use as an overlay channel in the talent’s confidence monitor. 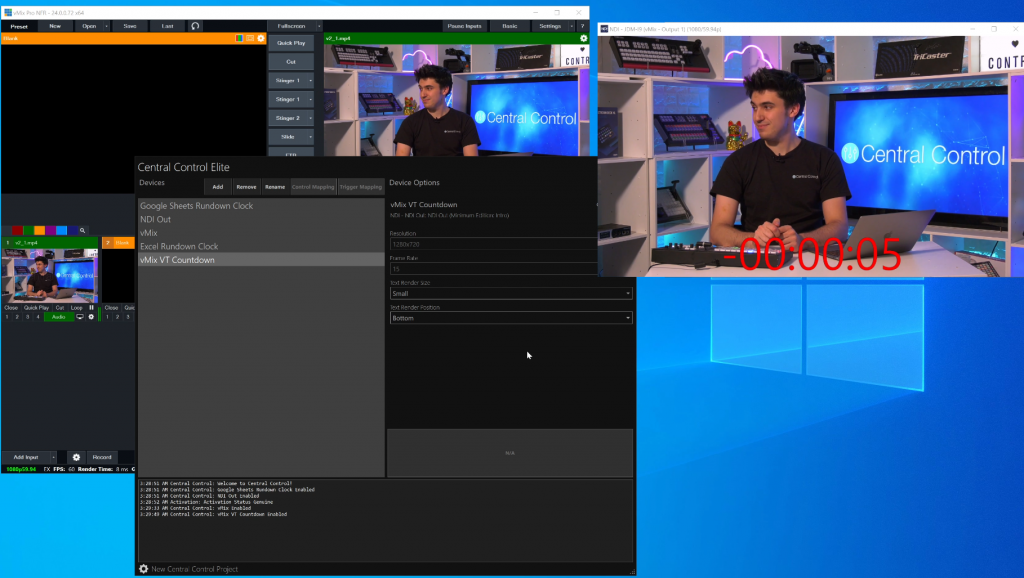 Conditionally map commands based on events. Take for example a Blackmagic ATEM based setup that also had vMix being used for video playback. A trigger could be set up to make vMix auto roll when it was on program, and then another trigger could be setup to transition back to preview when the video finished playing. 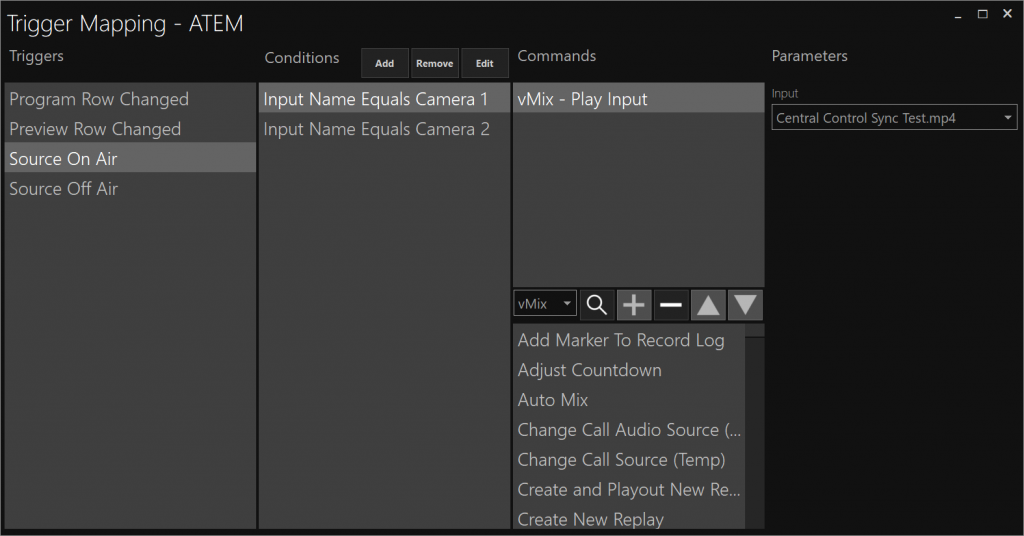 SuperSource Animator allows you to create presets by taking Snapshots of the current layout. You can then easily animate between these presets, with multiple transition effects to choose from. 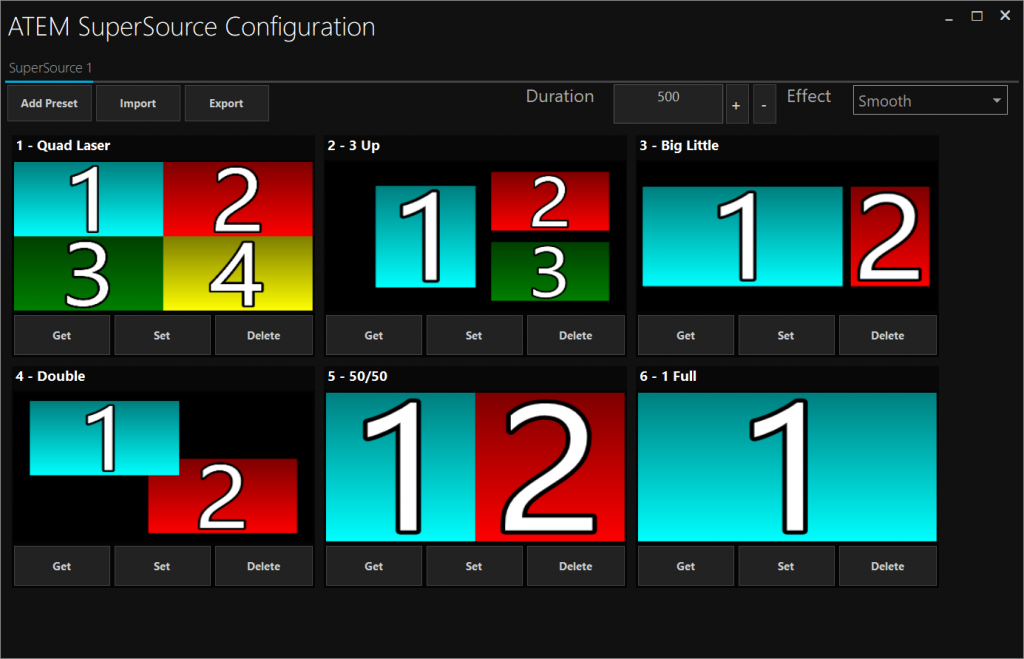 As live production moves towards virtualization and the cloud, many challenges are faced, one of which being control. Using Central Control and supported devices, remote instances can be controlled with the same ease as they could if they were running on your desktop.

All control assignments are set in the mapping window. Select a control, choose a command, tweak paramters to your liking and hit the add command button. Rapid control assingment can be used to map an entire controller in minutes. Layers are also setup here, allowing one controller to serve more than one purpose 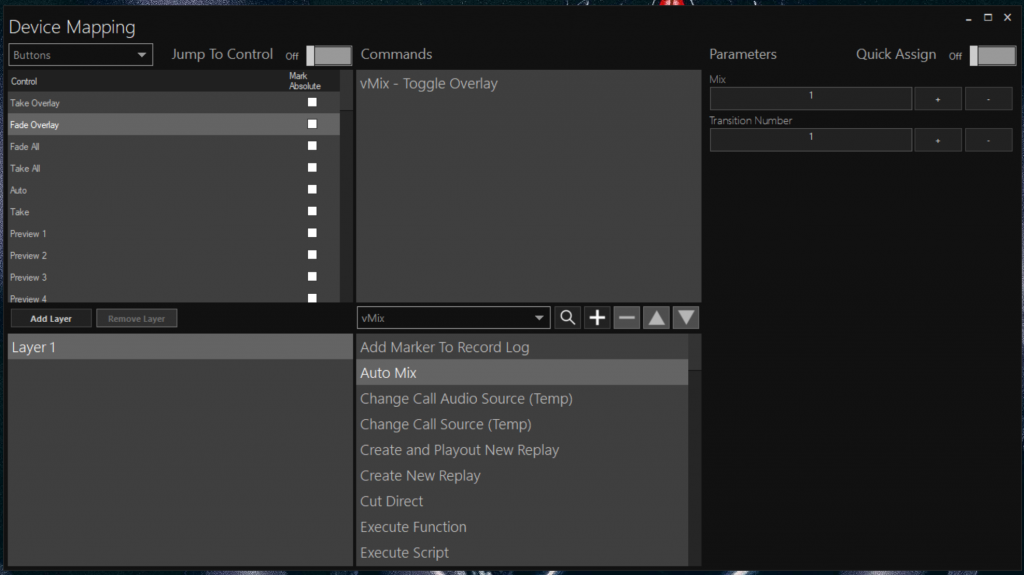 As well as allowing simple control mapping, Central Control also has the ability to convert between protocols. For example, use your MIDI controller to send TCP commands, or fire off HTTP requests from an OSC device. 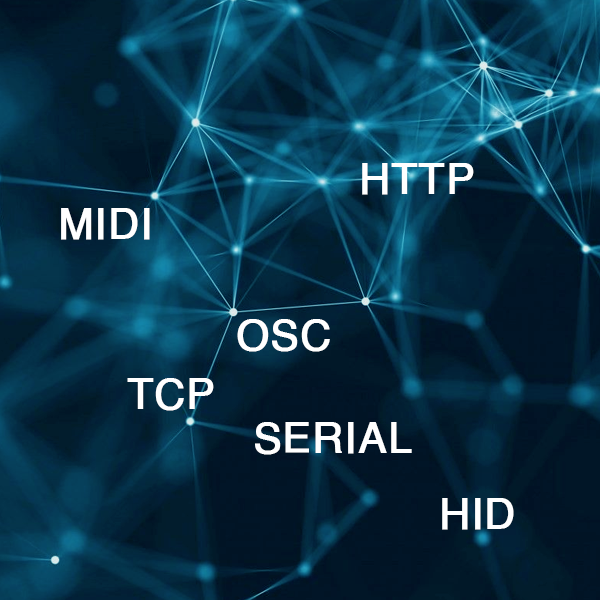 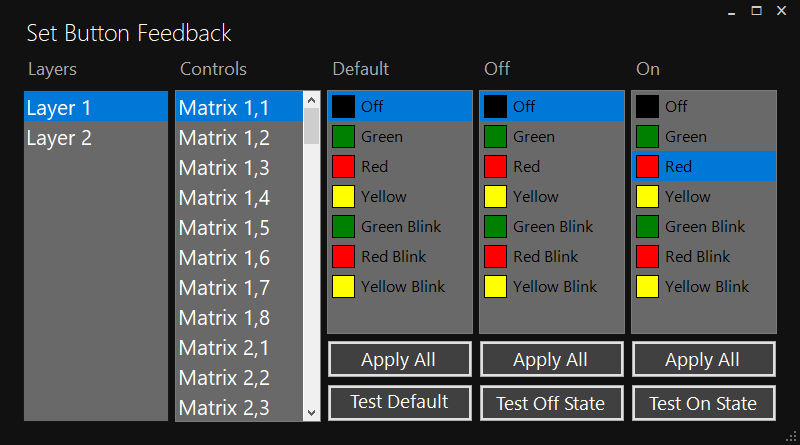